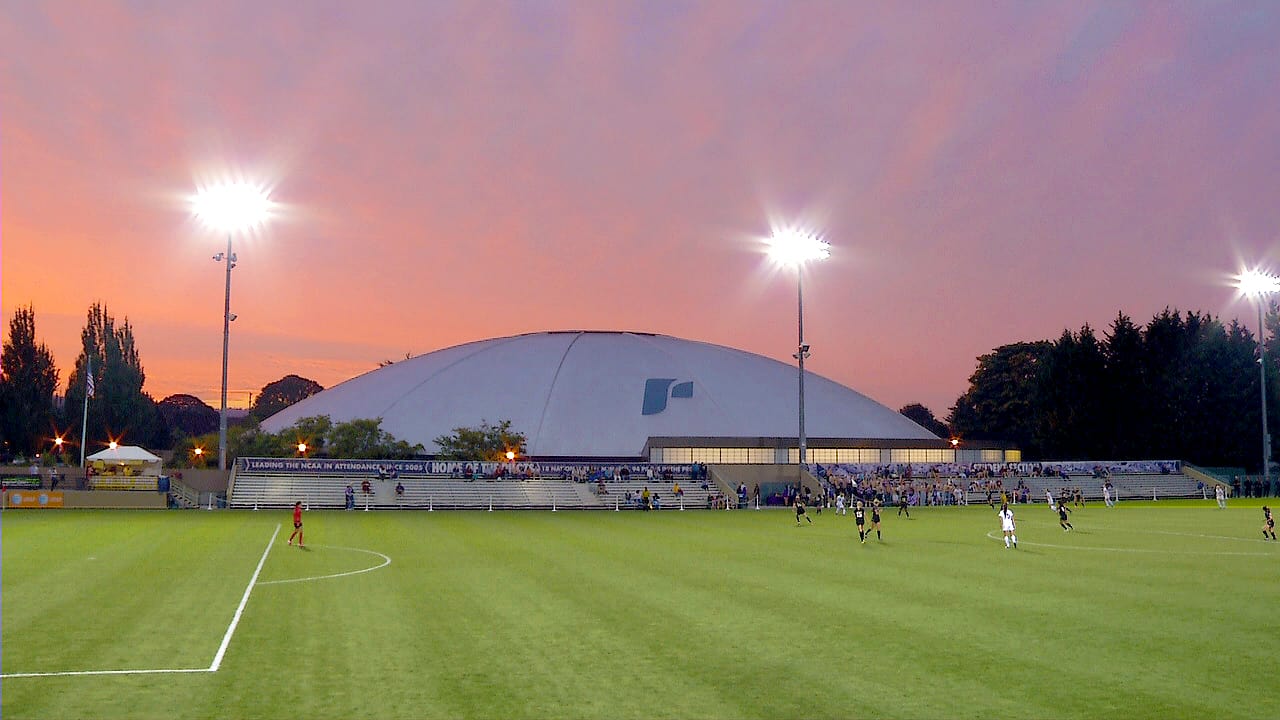 About University of Portland

The University of Portland is a private institution that was founded in 1901. It has a total undergraduate enrollment of 3,798, its setting is urban, and the campus size is 108 acres. It utilizes a semester-based academic calendar.

Design and implement a program for distribution of live sporting events via Internet webcast in multiple venues across campus.

During certain times of the year, multiple sports ran concurrent seasons, which resulted in up to four webcast events per week. Because of the extensive distance and size of the venues, set up before each game averaged four to six hours for Black Falcon crew members. These extended setup times generated additional crew costs making the cost of services higher than anticipated.

Black Falcon Productions partnered with the University in the investment and installation of miles of audio/video cabling throughout the various venues. The university also built and installed multiple permanent camera platforms with corresponding electrical panels throughout each venue for the camera and mobile production trailer operation. Black Falcon Productions further augmented our mobile production trailer with technology to expedite pregame setup and breakdown of equipment, further reducing crew costs.

The University of Portland was able to broadcast high-quality live game coverage of all their sports via HD web-stream at a fraction of what it would have cost to bring in a television broadcast company for each game.

The University established itself as the premier provider of high-quality web-streamed game content in the West Coast Conference and was recognized nationally for their early innovative approach of providing high-quality sports broadcasts over the internet.